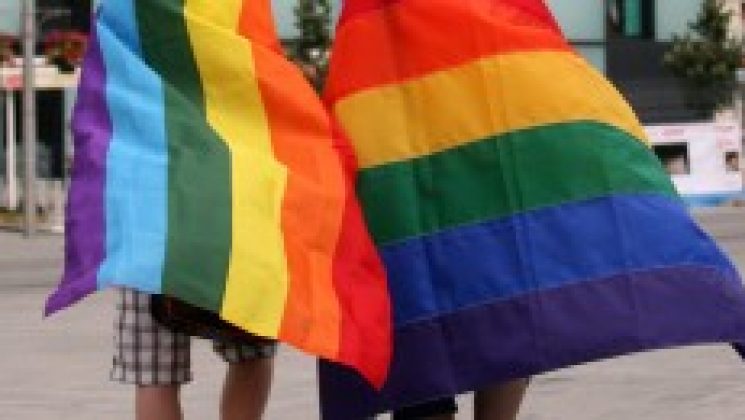 I attended the National LGBT+ Conference in Edinburgh from 18th-20th November, on behalf of the Regional Self Organised Group.

The first session I attended was the caucus meeting for Disabled LGBT+ members, which began with a report on the work the group’s representatives on the National Committee. During the meeting we also discussed the motion we had submitted to the agenda and highlighted any other motions that delegates felt the caucus may want to contribute to the debate.

The next meeting I attended was for members of the Community Service Group. In which a member of the service group executive committee gave a report on the work the committee had done in the past year.

The meeting went on to select delegates from the conference to represent LGBT+ members at the service group National conference in March 2023, I put myself forward and was duly elected.

The last session of conference I attended on Friday was the regional delegates meeting. The regional delegate to the National committee went through the reason that one of the motions submitted by the Region had been Ruled out of order, that a decision had been made to composite a motion and all its amendments. The group went on to discuss any motions on the agenda for which the region may want to consider contributing to the discussion.

Saturday morning saw the first plenary session of conference where delegates start debating and voting on the prioritised motion under the international work section of conference. We then welcomed our first guest speaker Christina McAnea UNISON’s General Secretary.

Christina began her message to conference with a personal pledge to be loud and proud against homophobia and how she was very proud to be a trans ally. She went on to highlight exactly how UNISON’s trans equality campaign has given activists the tools to fight the many issues which are damaging to our Trans members & the whole of society. She went on to highlight how over the past year 400 members had undertaken the union’s training how to be a good trans ally and how there had been an increase in Trans members becoming more active. Christina went on to announce that UNISON would be launching it new Trans inclusion policy on Saturday 19th November 2022.

She finished her message with a warning to delegates of the bonfire of rights coming, as the government proceeds to scrap any and all legislation with a hint of European Union influence, and a message about the importance of the ballot of National Health Service members on strike action.

Saturday afternoon saw the Second plenary session of conference welcome its second guest speaker Dr Julia Ehrt the Executive Director at the International Lesbian, Gay, Bisexual and Intersex Association, and delegates continuing to debate & vote on the prioritised motion under the Campaign and Promoting Section of conferences.

Julia began her message to conference by saying “It is time that LGBTI organisations to learn that trans exclusion weakens your own cause” and went on to highlight how trade union in particular UNISON have impacted on global LGBTI organising through their working with ILGA in 169 different countries and how especially proud she was and important it was that her first keynote message was to someone that had been involved in the fight for LGBTI rights.

She went on to highlight how things had changed over two decades for Trans representation in queer movements and how being inclusive was the right thing to ensure that we don’t weaken our own cause.

It was in this session of conference that I moved the Regions Self Organised Group’s motion Ban Conversion Therapy Now. This saw delegates share with conference their personal experiences in support of the motion, which when conference voted was carried by a great majority.

The last session I attended on Saturday was the discussion group, LGBT+ workers and a Labour Government at Westminster.

Sunday morning saw the third and final plenary session, which started be welcoming it last guest speaker Andrea Egan Unison’s President and the LGBT+ awards by one of Unisons Vice President Amerit Rait

Andrea started her message to conference by stating that the union needs to continue the fight to preserve the hard-won rights of LGBT+ members from being stripped away. She went on to say that she had undertaken the union’s Trans Ally training, which was a subject close to her, after her nephew started their transition and that all members of the National Executive Council would undertake this training in the future.

She went on to highlight the present government plans to reform our rights, with the Retained EU Laws Bill and the importance for those who are able to vote in the NHS ballot

The Vice President presented the Caucus award to the Trans Caucus, the Recruitment & Organising Award which was sheared between the North West & Northern Ireland Regions and a lifetime achievement award to Jackie Lewis.

The remainder of conference saw the continued debate of the non-prioritised motions under the various sections of conference business.