Question for the General Secretary from Hampshire Retired Members 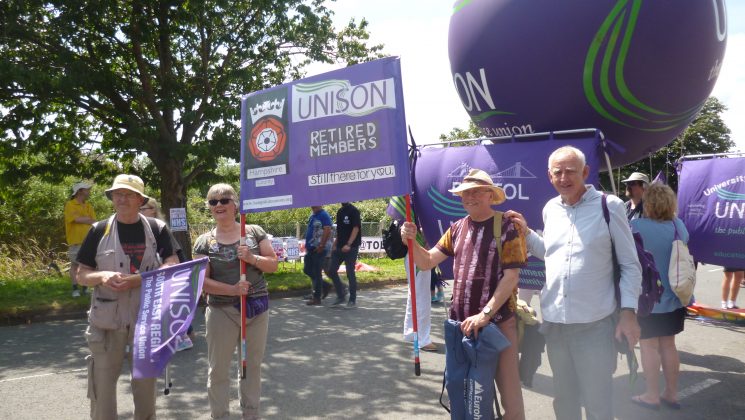 The recent AGM of Hampshire Unison held at Winchester University was overshadowed by the last minute withdrawal of our special guest Christina McAnea our recently elected General Secretary.
We had hoped to ask her a number of questions on behalf of our Retired Members Section.  Denied the opportunity to do this, we have sent the questions to her directly, in the hope of receiving a reply. We will of course share any response from her with you.
At the close of the AGM I made the following statement on behalf of the RMs Section:-
My committee wishes to express our solidarity with the citizens of Ukraine in this dark time when their country is subject of an invasion and murderous assault
Chris O’Neill, Chair
Hampshire UNISON Retired Members Section
Questions to UNISON General Secretary Christina McAnea:

1 Ten percent of Unison’s membership have no direct representation on the National Executive Council. Worse, this same group is denied a vote on the composition of the council. Who are they? Retired members

Do you think this is acceptable, and if not, will you help us in our pursuit of proper representation?

2 Unison is broadly a democratic organisation. To be our General Secretary you have to undergo a fairly long and demanding election process. Is it appropriate that people holding senior positions in Unison such as Assistant General Secretaries and Regional Secretaries are appointed rather than elected?

Do you support the status quo, or think the current system of appointment of senior officials needs review?

3 The fact that the Triple Lock has been removed from pensions this year will have an impact not only to people currently in receipt of a state pension, but on the pensions of working members who will retire in the future, as the annual increase is always a percentage. I recently attended an NPC webinar on pensioner poverty in which Lord Prem Sikka showed that, with the application of appropriate taxes, restoring the Triple Lock could be affordable. Is there anything that Unison, possibly with other unions, can do to support this possibility?

4 With Frances O’Grady at the TUC and yourself at Unison, should women work harder, the same, or less than men in similar roles? !!