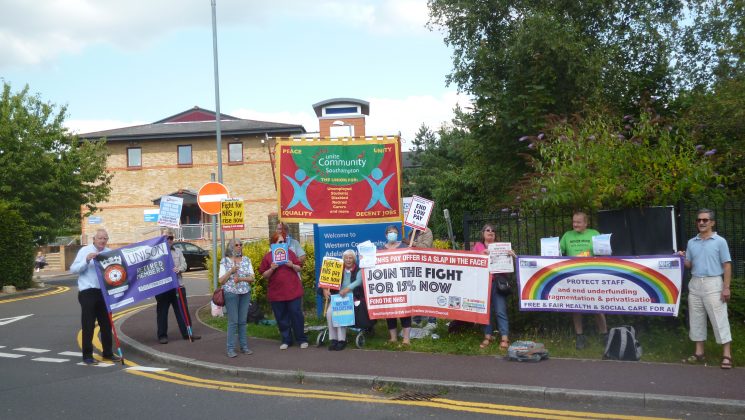 In late August we received twenty-four hours notice that our fellow union, Unite, was organising a rally at Western Hospital, Southampton relating to the NHS, and calling for solidarity from all trade unionists.

The purpose of the event was to oppose the 3% pay offer made to NHS staff, including care staff in the private sector.

Opposition to the government’s Health and Care Bill, which if implemented would destroy the NHS as we know it.

Together we are calling for the reversal of all privatisations, bringing all staff in-house, and publicly-funded NHS & Care system free at the point of use.

At short notice, representatives of Hampshire Retired Members’ Section together with their banner, attended the event in company with members of Unite and Southampton Trades Council (to which we are affiliated).

In these difficult times it is vital that we show support for workers everywhere who are fighting for fair pay and public services. 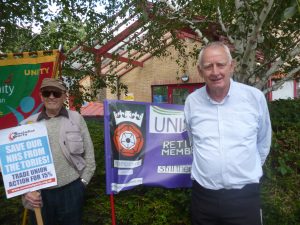