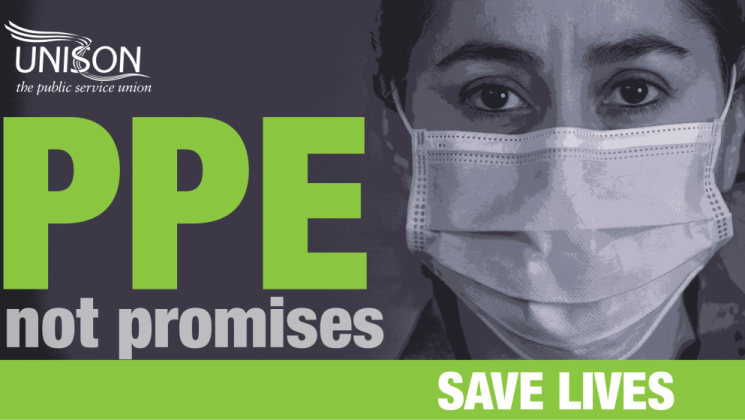 Probably before ‘the force of nature’ that is the Corona virus arrived on our shores, most of us had limited knowledge of its capabilities, except that it represented a particular danger to the elderly and more so those with existing debilitating health issues.

Care homes housing so many elderly residents, often with serious health issues, represented a honeypot of opportunity for the virus. Sadly, so it proved with many such institutions found to be both ill-prepared and inadequately equipped to avoid tragic consequences. One wonders if the ongoing obstruction by management to the trade union representation of their staff in some of these premises indicates a fault in their basic structure.

My committee is proud that members of Unison and other trade unions are actively forming a large part of the bastion of key workers supporting and protecting us, not least among those working on the so-called front line. They deserve our gratitude.

It is, however, unacceptable that safeguards for their personal safety still remain in short supply despite reassurances, stocks of personal protection equipment are inadequate. Additionally, allegations fly that the initial response by the Government to the virus threat has been lacklustre and mishandled.

We in common with many other trade unionists are supporting the call of the TUC that a public inquiry be announced into the causes and handling of the pandemic. Valuable lessons will be learnt for when a similar tragedy strikes.

Vast amounts of money are rightly being spent to deal with the pandemic’s consequences. It seems likely the festering canker of ten years austerity will be swept away and effective public services reinstated. Austerity, some say is the ante chamber of neo-liberalism. Whatever. Good riddance.

The financial implications of the pandemic will have to be shared by all of us. I hope this burden will not, as already advocated by elements of the media or Lord True and his cross-party group in Parliament, fall disproportionately on the elderly as they emerge from the current threat of early death.

A society fit for all. Stay safe.