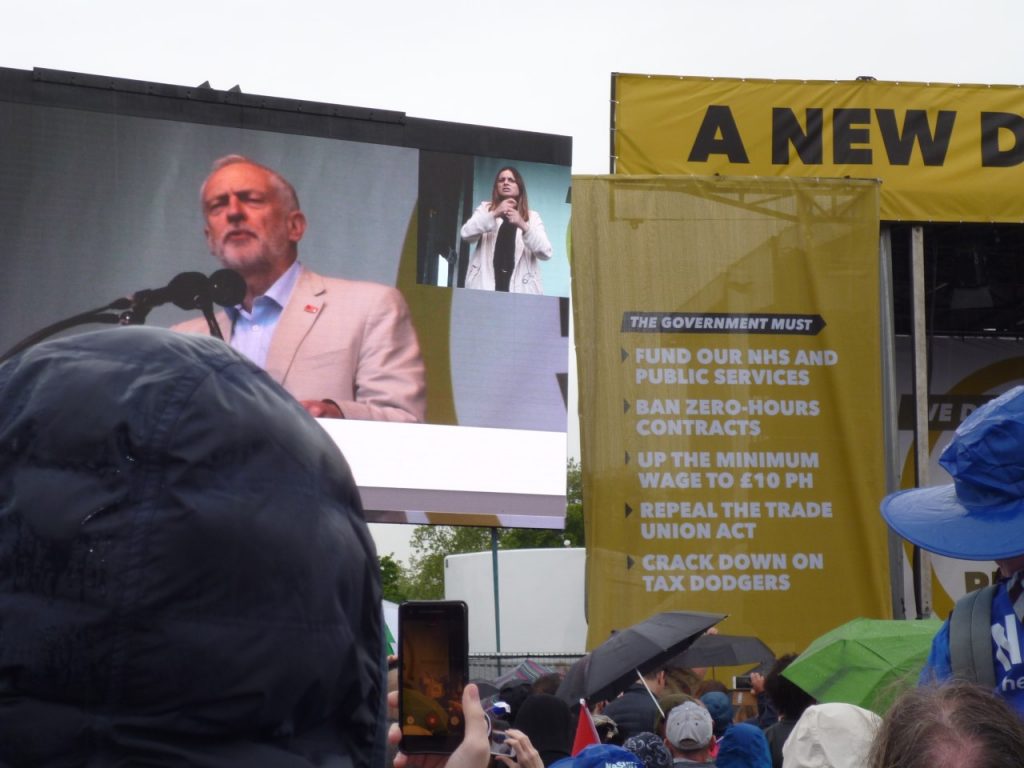 Thousands of trade union members, including two from Hampshire Unison Retired Members Group, marched through central London in the rain to protest against eight years of austerity caused by the primary school economics and greed of Wall Street and our own financial centre in London.

Primarily the call of this mass demonstration was for the proper funding of our public services and the NHS, a ban on zero hours contracts, a minimum wage of £10 per hour, repeal of the Trades Union Act and a crackdown on tax dodgers.  The march took place in a carnival atmosphere with music and dancing.  Most unions were represented, with the purple of Unison visible as far as the eye could see.  It was encouraging to see how many young people were supporting this well organised event.  The many police in attendance were relaxed and friendly, apart from their wretched helicopter chattering overhead. 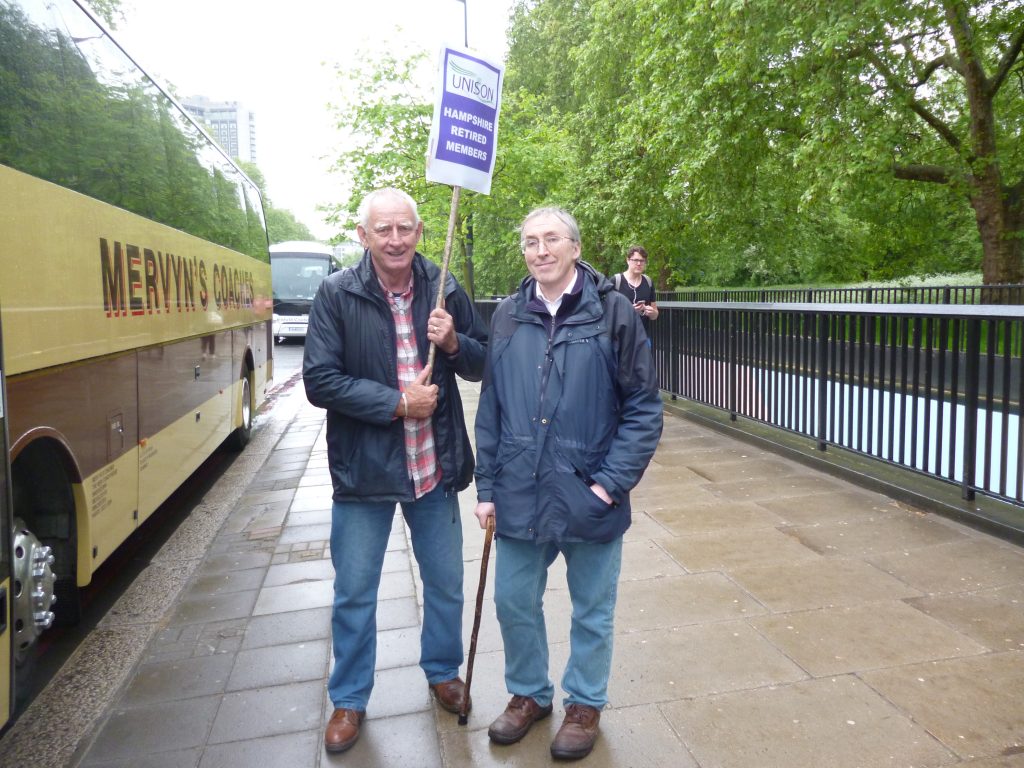 On arrival at Hyde Park, union general secretaries were in abundance, including our own Dave Prentis.  They made lively speeches interspersed with talks by working members explaining how austerity was making their lives and those of their families very difficult.

A few songs from one of the Sex Pistols and then the star turn, Jeremy Corbyn.  He is an impressive speaker and we hope if he gains power he does everything he says he will.

Despite the various serious issues under consideration it has to be admitted that our members enjoyed the day.

Stand up to racism!
Summer 2018 Newsletter